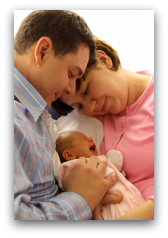 Heart to Heart is a Utah adoption agency that specializes in both private adoption and open adoption. Working with birthmothers that are experiencing unplanned pregnancies, they strive to match prospective adoptive parents with newborns.

In the state of Utah, legally married couples are eligible for adoption. Single adults who do not have a live-in adult partner may also be eligible. Additionally, the adoptive parent must be a minimum of 10 years older than the child he/she is requesting to adopt. Birthmothers are permitted to sign adoption paperwork as soon as 24 hours after the baby is born and birthfathers can sign anytime. In Utah, the consent to adopt is considered irrevocable and it takes approximately six months to finalize adoption paperwork.