Two Brothers and Their BLM Battle Ends at Jamba Juice 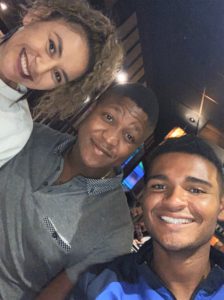 “Recently I find myself the subject of accusatory glares.”

Brother 1 felt so strongly about his beliefs he uncharacteristically ignored the ugly hat comment. Instead, he insisted, “You have to admit, BLM hasn’t caused anyone to say, ‘Hey, we really like black people now that they burnt down stuff.’”

The arguing brothers are both black. The same white family adopted them. 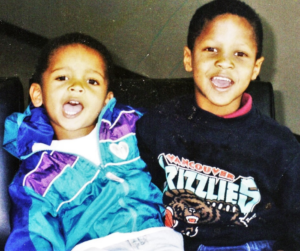 Brother 1, “Then change the laws.” 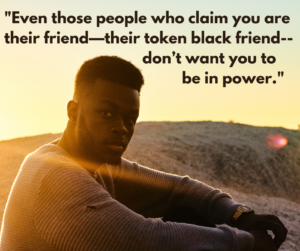 Brother 2, “No one in power wants to change those laws because then they would lose the power.

Even those people who claim you are their friend—their token black friend–don’t want you to be in power. If it were just as simple as getting the law changed, that would have happened a hundred years ago.

Brother 1, “I went down to a march, and you couldn’t throw a rock and hit a black person; most everyone there was white.”

Brother 2, “You shouldn’t talk about throwing rocks at black people.” 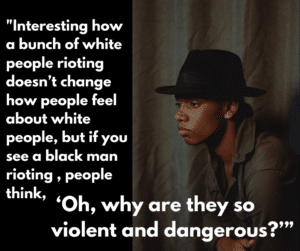 Brother 2, “Interesting how a bunch of white people rioting doesn’t change how people feel about white people, but if you see a black man rioting, people think, ‘Oh, why are they so violent and dangerous?’”

It blows my mind what white people can do to cops and get away with it. If I did some of those things, I’d be shot.

Still, lots of black people feel that BLM is not the right way to get change. It’s discrediting to all the black community.”

Brother 2, “No one is justifying destruction, but riots are more sensational than protests. So the news likes it. It’s unfair that we ignore the incredible, profound demonstrations of power and peace. So many awesome speeches and people from all different communities coming together. The good stuff doesn’t get as many views.”

Brother 1, “Screaming and throwing things and after they are done leaving all their trash and signs on the street for the rest of the public to deal with. Will these events breed progress?” 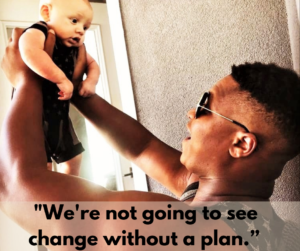 Brother 2, “White people are upset about violence because they don’t want to take the time to study and look into corruption. There is corruption in the police also in school funding and so many things.”

Brother 1, “We’re not going to see real change without a real plan. What is the real plan?”

Brother 2, “It’s too big of a movement to have one person in charge of it.  Most people only know about BLM from famous people hashtagging or the news showing violence.” 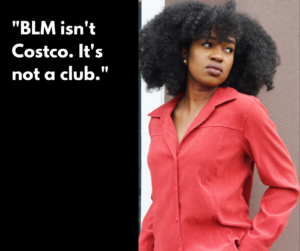 Brother 1, “BLM should disenfranchise those who seek anarchy and attention.”

Brother 2, “I agree with that. It’s not fair to burn someone’s store, but BLM isn’t Costco. It’s not a club. Anyone can just jump in there and destroy something.”

Brother 1, “Did you know Costco doesn’t have churros anymore?”

Brother 1, “I have a gift card for Jamba Juice.”