The Reason ‘Find My Parents’ Facebook Posts are Working 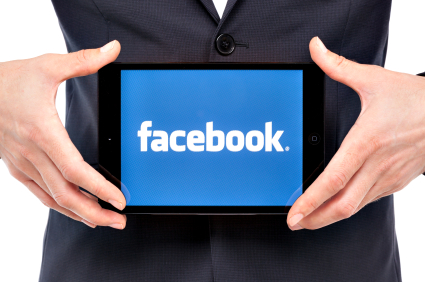 Just last year the ever popular and growing social networking platform, known as “Facebook” reached one billion users. With activity in countries across North America, South America, Europe, Africa, Asia and the Pacific, this social platform has literally redefined the social culture and how people stay in touch.

Long ago if people wanted to track down an old high school friend, the chances were slim, relying mostly on word of mouth, white page research and the yellow pages. Today, with Facebook literally taking over the world of social media, people can instantly find friends from grade school, middle school, high school or college simply with the ease of using Facebook’s search tools.

With its capitulating efforts to join and reunite people, finding friends is just the beginning. In fact, the latest trend is for adopted children to use Facebook to help track down their birth parents. Facebook, a platform with a billion users, allows people to easily like and share posts, rapidly increasing the base target audience.

For example, Jenessa Simons, a 21-year-old Utah woman, recently used Facebook to attempt to track down her birth parents. She posed for the camera with a sign that stated: “Help me find my birth parents!” This sign included her date of birth, the hospital where she was born, her birth name, her mother’s birth year, her father’s birth year and her parents’ ages at the time of her birth and where she could be contacted. This information quickly went viral on Facebook, receiving more than 12,000 likes and being shared upwards of 135,000 times. Ultimately, Janessa received a message from someone she believes may be her birth mother. Whether this will ultimately end up being a happy ending or not, Facebook helped cut through the cumbersome, almost impossible red tape that agencies must go through when helping relocate children with their birth parents.

Additionally, yet another story involves a Texas woman. She too made a plea posting on Facebook, asking people to help her locate her birth parents. The young woman, Jessica, is now a mother to three daughters and a son and she wonders where her physical features come from, the characteristics of her children and also family history. Having received more than 4,000 shares on Facebook by March 11, 2013, Jessica is still waiting for information about locating her birth parents.

In fact, Facebook even has a page dedicated to “Reunite adopted children with birth parents” which currently has 205 likes. This is allowing even more people to share their stories, in hopes that they too can connect with their birth parents.

Some people believe there are merely six degrees of separation between any two people on earth. If this has any validity, then Facebook is sure to be prominent sources in helping adoptive children find their biological parents.