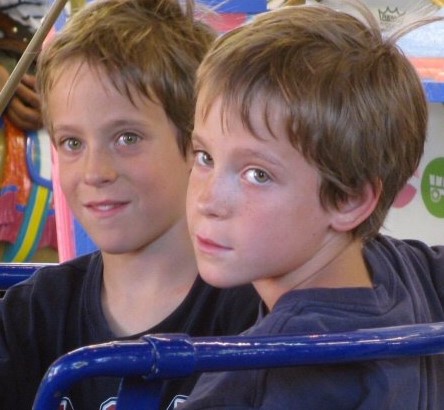 Where these twins are raised will affect what type of people they will become.

“They were so interesting in what I have to say,” our oldest daughter said a few years ago. She had just spent an afternoon with her birth grandparents and had called to tell us about the experience.

My daughter finds her birth family fascinating. There is a simple reason for this. They find her fascinating. They listen to her with great intensity, soaking in every idiom, facial expression, and curve of the lip.

I’m not so enthralled. Because, of course, I’ve seen them all before.

“What?” I said as she talked about her birth grandparents

“They were so interested in what I had to say,” she said again. “They were so amazed about my basketball stories.”

“What stories?” I asked trying to concentrate as I checked to see if her younger brother’s own basketball schedule was posted online.

“About never losing a league game for over ten years.” she said. “And our basketball trips, I told them about . . .” 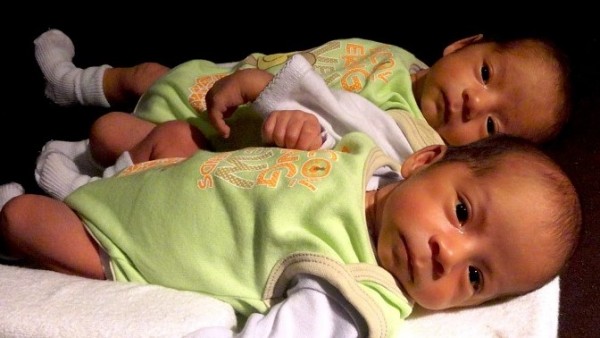 Identical twins give us a peek into the nuture vs nature debate.

I think she finished what she told them. I put her on speaker while I tried to text another mother who also has a son on my son’s team. I really couldn’t remember where the game was.

We’re glad our daughter had the opportunity to meet her birth family. It’s a good thing to find out who you look like and get to know those who are related to you biologically. We had facilitated the meeting. We had talked to her for several hours about her first meeting with her birthmother and many other members of the family. This was just the last group of people she had met. I wasn’t being insensitive, but she had called at a very inopportune time. And eventually I did call her back and give her my full attention, because, at the end of the day, she’s still our daughter. Who but us can ignore her and still love her?

Yet, we also can’t ignore the fact she inherited many tendencies from her birth family. Every adopted family, and child, for that matter, has considered the nature vs nurture debate. An incredible discussion on this topic can be found on theguardian.com. I’ll summarize some of the facts many adopted parents will be interested in.

A London professor, Tim Spector spent decades studying identical twins who were raised separately.  He admits that there was a time when he wanted “to prove that there’s nothing that’s not genetic to some extent”. Today, he looks back on this as part of his “overzealous genetic phase”.

Just like Alexis’ birth family was fascinated by watching her, we all tend to be mesmerized by the similarities between identical twins. The allure of the similarities means we notice the differences much less. “When you look at twins,” says Spector, “the one thing that always seems to come out are the subconscious tics, mannerisms, postures, the way they laugh. They sit the same, cross their legs the same, pick up cups of coffee the same, even if they hate each other or they’ve been separated all their lives.”

As we see these similarities, we can’t help but believe how an individual laughs is a reflection of deeper similarities. As if these superficial features were equal to an internal belief structure.

If you can stop yourself staring at the likenesses between twins, literally and metaphorically, and listen closely to their stories, you can see how their differences are at least as telling as their similarities. Far from proving that our genes determine our lives, these stories show just the opposite.

The articles gives some amazing examples of how environment has shaped individuals. The type of person someone becomes appears to be a product of both nature and nurture.

Spector’s work shows that in the nature-versus-nurture debate, there is no clear winner. Both have their role in shaping who children become.

To read more about Alexis’ experience go here  or here